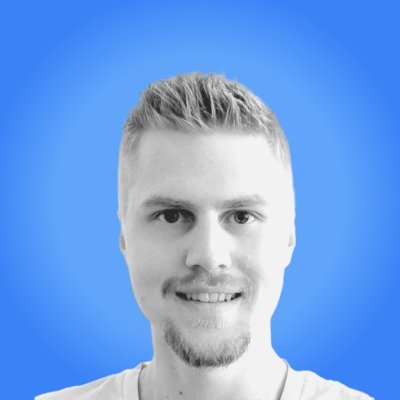 This is some text inside of a div block.

Was ThreadStart built as a passion or necessity? What made you build it?

A bit of both. At that time I was working on a different project for a year already that was going nowhere. And I desperately needed to ship something. I’ve read about other indie hackers constantly shipping things in public and I just kept building this thing in silence for a year.

I decided to ship something, just to take the pressure off. And the idea was simple: a little tool that makes writing Twitter threads easier. Because the native experience on Twitter was just bad. You had to manually click to add tweets to your thread. You couldn’t save threads so they had to be written in one sitting. And you couldn’t schedule them. All in all a bad experience for such an amazing way to tell stories. So, I figured improving this writing experience would be helpful to myself and to others as well.

This is how ThreadStart, a service to schedule Twitter threads (and much more by now), came to be.

How easy it was to create ThreadStart? what were the most pressure points?

It was easy to get started. I already had some experience as a web dev and I knew the tools I’d use to build it. Still, I’ve never built such a frontend heavy application before. That part was entirely new to me.

I also never shipped a SaaS before. There is a lot that is different compared to regular websites when you are suddenly dealing with users and payments. The biggest challenge repeatedly comes across were timezones, though. It sounds easy, but working with and around timezones, which is crucial for scheduling service, is the source of a lot of my problems.

You build also Up&Fast and Saas Calculator? Can you talk a bit about them? The idea of it and what went good and bad?

UpFast was the initial project I mentioned. The one I worked on for a year and got nowhere. The idea was to build an uptime & performance monitoring SaaS that would focus on the, at that time newly introduced, Core Web Vitals metrics. It never made it to production and taught me the importance of releasing software early.

SaaS calculator was a quick idea I had one summer. Its goal was to show much each payment provider would cost you for your SaaS. Services like Stripe & Paddle cost differently but they also differ in features like VAT/GST management. So while Stripe might be cheaper at first, once you add a dedicated service for handling your taxes you might suddenly pay more for your small SaaS, due to the fixed prices of the other services. I eventually abandoned to work on it for UpFast.

Are you planning to create something else besides ThreadStart?

I will 100% create more applications. I do not have plans currently for anything of ThreadStart’s size, but I do have some ideas for more projects. Shipping projects is also a good way of trying new technology.

What it’s built on?

ThreadStart is built on the TALL-stack. It’s not a very common one yet, but very powerful in my opinion. It uses Tailwind, Alpine.js, Laravel & Livewire. The beauty of it is the fact that it lets me write a lot of my front-end interactions in Laravel.

As a solo founder saving time is always a priority. And not having to deal with writing an API & frontend but being able to write it at once saves me a ton of time.

Where did you come up with the idea of joining the build-in Public community?

It started after joining the indie hackers forum and reading up on the makers that were already doing it successfully. I saw that building in public was also a good way to start building an audience, which is undeniably helpful when you launch projects.

I quickly fell in love with the community, because of them being incredibly welcoming and supportive. If you have any questions, need feedback, or help you can count on someone from the community to offer it. Everybody tries to help when they can.

Where do you get inspiration for your products?

By building. It sounds weird but my best ideas came from building things. I know a lot of new founders struggle with finding an idea to get started. A great idea that will make them rich. My best advice is to start on anything. Once you’re working on a project, you will find more and potentially better ideas all the time.

What is your Favorite tool?

I use way too many tools, to single one out here. But I’ll add that without Twitter I wouldn’t be building in public or working on ThreadStart.

“Hey Felix! ThreadStart looks really nice, and I see it’s your main project at the moment. Why did you decide to build a product in this very crowded “tools for Twitter” space, and how are you planning to differentiate from the competition?”

A good question, I’ve struggled with myself. Back when I started I knew of one tool. The moment I released my MVP after a week, I knew of 5. By now, there are many more. The short answer is, it wasn’t a crowded market to me when I began. And I needed to ship this project for myself, so even if I had known, I’d still have started.

I’ve very recently had a chat about this topic, during which I realized positioning can mean a lot of things. You can do it through features, but you probably won’t be able to do it for long. Other tools will catch up with you.

But you can also do it through your approach, your mindset, and your branding. As a maker building in public, my product is very linked to myself. This may be bad in the future, but right now it is my best differentiator. I’m trying to be very open and honest about building ThreadStart. I talk to other founders, I help them. And a lot of my customers told me this was also the reason they started paying. Yes, they liked my product, but they were also convinced by how I am building it.

And nobody can copy that!

Ship fast. Don’t wait for a perfect idea. Take any idea, build an MVP in a day or max. a week and ship it. If you don’t like the idea, you might have found a new one while building. If you like it, you will be glad you have something out there already. If you wait too long, you will never ship because there will always be one more thing to add.

Question for next guess @NerdDoingSocial

Hey Daniela! You have built a number of projects on top of Notion. What would you say is the biggest advantage of using platforms like Notion to power your projects?

Be the first to know

Every time something new comes up, you will be the first one to know
Get it here