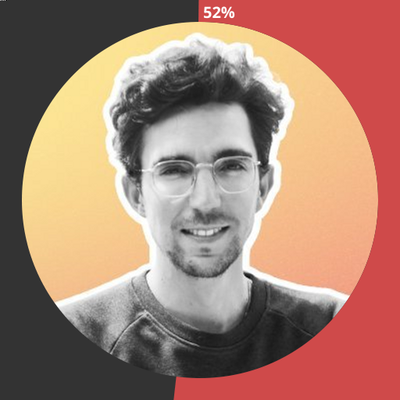 This is some text inside of a div block.

I read your post on Indie hackers about TIMS but where did the NoCode love come out? Where did it all start?

I’ve been into software and all kinds of digital tools for many years, testing and using them for personal and professional matters. But the real NoCode love started in early 2019 when I discovered many new tools that were getting a lot more powerful. Bubble, Webflow, Zapier, Integromat, to name a few. I saw a lot of projects shipped on Product Hunt that were entirely made with NoCode and I had to dig into that world. As I was learning about the NoCode space, I gathered a lot of amazing resources and decided to share them as my first side-project made with NoCode. That’s how NocodeEssentials.com came to life. It’s a directory of the best resources to learn about NoCode made with Table2site.com and Airtable

What about coding? Never tried, not for now, or keep it with Nocode?

I watched my dad start his software company (frontend reservation systems for hotels) when I was 10 (30+ years ago), and have been hooked on the idea of being an entrepreneur ever since. I’ve built so many things that I literally have pages of repos on my private Github account. That’s the problem though -- it’s easy to build.

To me, knowing how to code is like a superpower. I’ve tried a few years ago to learn the basics, but I didn’t get hooked with what I was able to do. Then I discovered how simple were some website builders like Carrd for example, and I realized I didn’t need to learn to code to create websites and simple web apps.

Now I am getting back to learning some HTML and CSS as they allow you to push the limits of NoCode tools. But also because when you understand how code works, you understand the logic behind everything you create, and that helps a lot when starting and ideating a project.

At a macro level, NoCode is amazing for both non-coders and coders. It allows non-tech people to create things they never could have done before, and it allows devs to build faster and focus on high-value tasks.

Tell a bit about your projects and how are you monetize them?

So far I created 3 side-projects entirely without code. As I detailed in the first question, I started by creating NocodeEssentials.com which is a directory of resources about NoCode. It was the perfect project to start with for me because I was basically creating while I was learning.

After I really got into the NoCode space, especially through Twitter, I met with very talented creators who were sharing their knowledge to newcomers. That gave me the idea to create my second project, NocodeMentors.com. A simple website made with Webflow that showcases some of the best NoCode makers and lets anyone book a video call with them.

Finally, after those 2 first projects that were not made to be monetized, I wanted to create something that I could actually sell. As I was curating the best digital tools to allow me to create pretty much anything without code and with a very low budget, I though this might be valuable to a lot of aspiring makers out there. So I created my first digital/info product called TIMS (The Indie Maker Stack) : gettims.co. It’s a list of 250+ top free tools and resources made with Airtable. I sell it through Gumroad and generated $4500+ with it so far, mainly thanks to the audience I gathered while building my first 2 projects and sharing everything on Twitter.

Where do you get inspiration for your products?

I basically try to solve problems that I have and see if I can turn it into a project. I believe that if I am looking for a solution for myself, there might be some other people in the same situation. I believe that it is the best way to start creating something for 2 reasons: first, you do something that at least will be valuable to you, second, you are deeply interested in what you are working on. Why is that important? Because whatever people may say, building something that people will use or buy is hard. It takes time and a lot of motivation. If you are not interested in the problem you are trying to solve, you will hardly be able to keep going long enough for your project to find its audience.

Where to start with NoCode depends on what you want to build. Is it a website, a web app, a mobile app, an internal tool? Depending on the project, you will have to learn different tools and different topics such as design, databases, or automation. But if you just want to deep dive into the NoCode space and understand what it’s all about, I’d recommend getting active on NoCode Twitter and explore some of the best communities like Makerpad by Ben Tossell and 100DaysOfNoCode by Max Haining.

You were a music producer correct? any solution or problem that needs to be fixed with a Nocode solution? any idea under the sleeve?

Yes, that’s correct :). Being a DJ and music producer was my side project back in the days. At that time, I actually built a services marketplace for music producers and music labels to find all kinds of services in the music industry. It featured legal services, mixing and mastering services, management, etc. This was before the advent of all the NoCode tools available today. I haven’t seen such a project come out since then, and there might be an opportunity to launch something similar again.

What is your opinion on Nocode for web 3? There is a place for it?

I think there is obviously a space for NoCode in Web3 where we’ll be able to visually build decentralized apps and web apps. There already are some tools like the.com that allow just that. But I also think web3 is still very young and that NoCode still has a long way to go with Web2.

What is your Favorite tool?

That is a tough one! I think it’s hard to choose as there are many tool categories. Some are awesome for creating websites, others are made for creating web apps or mobile apps, some others are made for creating automated workflows between apps... To name my favorite ones in these categories, I would go with Webflow, Bubble, Zapier, and Integromat. But if I had to keep just one tool, it would be Notion. It allows creating your own custom tools for practically everything, and you can now use it to build websites and even e-commerce stores with the help of tools like Potion.so.

Question from Bryan Hales - I see that you’re bullish on no-code, which I appreciate… but I think a lot of the engineering types tend to brush no-code aside too easily. In fact, I worry that many are missing the boat (and the opportunities that no-code brings). What would you say to people who dismiss no-code as the hype? Why should we be paying more attention to it than we are?

I believe the situation is rapidly changing and that developers start to understand that NoCode is not a joke nor a thread. Why tech people should get on it? Simply because it will allow them to build faster by simplifying a big part of their work. They’ll then have more time to focus on developing more high-level and interesting features. NoCode is giving superpowers to both non-coders and developers, simply not at the same level.

To all aspiring makers, a few simple pieces of advice would be:

Question for next guess @scholz_felix?

Hey Felix! ThreadStart looks really nice, and I see it’s your main project at the moment. Why did you decide to build a product in this very crowded “tools for Twitter” space, and how are you planning to differentiate from the competition

Be the first to know

Every time something new comes up, you will be the first one to know
Get it here